This piece of historical evidence proves that the Hebrews were in Africa over 800 years after Jerusalem fell to Emperor Titus in 70 A.D.

“While it was regarded as merely a myth for many years − appearing in several written and oral versions − something striking occurred in the year 880 C.E. that left an imprint on Jewish consciousness for centuries to come. One day, a small, very dark-skinned Jew named Eldad showed up in the Jewish community of Kairouan, in modern-day Tunisia, claiming to be descended from the Tribe of Dan.

He related fascinating accounts of the life and customs of this majority of the Jewish people that had disappeared. Of particular interest was the knowledge he claimed to have of early religious law and the archaic Hebrew that he spoke.

From this point onward, the existence of the 10 Lost Tribes was regarded as a fact, as something whose validity could be tested in reality. Where do the lost tribes reside? Perhaps in Central Asia or equatorial Africa?” – Haaretz, September 4, 2013

The following map shows the location of Tunisia and equatorial Africa. 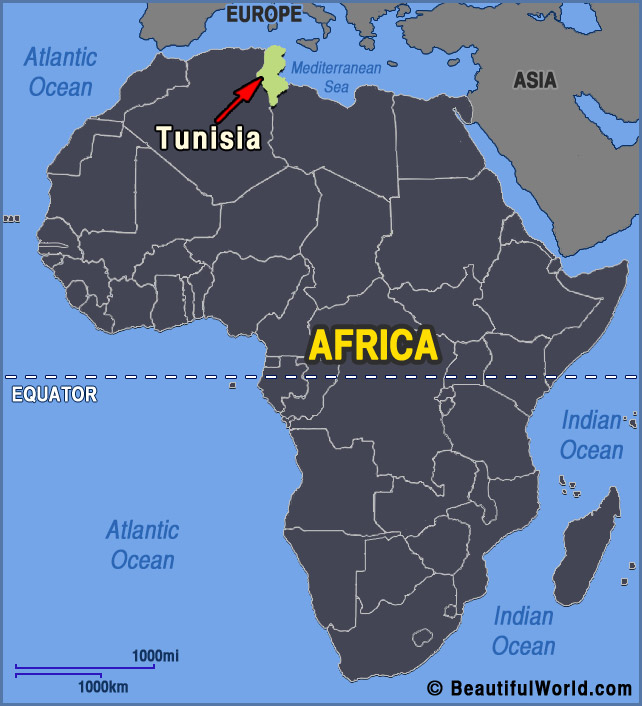