Apollos is only mentioned ten times in the New Testament, and it is from one of those mentions that we learn that he was born in Africa. This doesn’t mean that his lineage was African, because scripture also says that he was definitely a Jew.

“And a certain Jew named Apollos, born at Alexandria, an eloquent man, and mighty in the scriptures, came to Ephesus.” – Acts 18:24

Although mainstream Christianity loves to present a Eurocentric view of the Bible, Apollos was just one of many apostles that was either described as having black skin or originated from some part of Africa. If you’re interested in learning more about the other black apostles, check out the following link:

The Calling of Apollos

While we don’t know the exact circumstances under which Apollos was called to ministry, what we do know is that he began preaching the gospel before he was baptized in Christ. In fact, according to the following verses, he was only familiar with John’s Baptism (John The Baptist).

“And a certain Jew named Apollos, born at Alexandria, an eloquent man, and mighty in the scriptures, came to Ephesus. This man was instructed in the way of the Lord; and being fervent in the spirit, he spake and taught diligently the things of the Lord, knowing only the baptism of John. And he began to speak boldly in the synagogue: whom when Aquila and Priscilla had heard, they took him unto them, and expounded unto him the way of God more perfectly.” – Acts 18:24-25

We know that he was a Jew, which explains why he was so familiar with the scriptures. Even though he hadn’t yet been baptized in Christ and from the context of the verses, he wasn’t fully familiar with the gospel yet, he still managed to impress two apostles that were baptized in Christ. After receiving instruction from Aquila and Priscilla, Apollos became instrumental in converting many of the Jews in Achaia, which is located in modern day Greece.

“And when he was disposed to pass into Achaia, the brethren wrote, exhorting the disciples to receive him: who, when he was come, helped them much which had believed through grace: For he mightily convinced the Jews, and that publickly, shewing by the scriptures that Jesus was Christ.” – Acts 18:27-28

The Baptism of Apollos

At this point in scripture, we know that he has a strong ministry, but it isn’t until the next chapter in Acts that we find out that Apollos didn’t yet know about the Holy Spirit or the baptism of Christ at all. That all changes when he runs into Paul at Corinth.

“And it came to pass, that, while Apollos was at Corinth, Paul having passed through the upper coasts came to Ephesus: and finding certain disciples, He said unto them, Have ye received the Holy Ghost since ye believed? And they said unto him, We have not so much as heard whether there be any Holy Ghost. And he said unto them, Unto what then were ye baptized? And they said, Unto John’s baptism. Then said Paul, John verily baptized with the baptism of repentance, saying unto the people, that they should believe on him which should come after him, that is, on Christ Jesus. When they heard this, they were baptized in the name of the Lord Jesus. And when Paul had laid his hands upon them, the Holy Ghost came on them; and they spake with tongues, and prophesied.” – Acts 19:1-6

What we see here is an interesting parallel between the disciples baptized by John the Baptist and John The Baptist himself. John taught the gospel of Christ and recognized Christ as soon as he saw him, but he had not been baptized in Christ. His disciples did the same and continued to do so until they were brought into the full knowledge and baptism of the gospel that they were preaching.

The Rise of Denominations

Early on in establishing the Church, Apollos became one of the focal points in the early rise of denominations in Corinth. Some of the new believers were separating themselves based on which apostle had baptized them or established the church that they belonged to.

“For ye are yet carnal: for whereas there is among you envying, and strife, and divisions, are ye not carnal, and walk as men? For while one saith, I am of Paul; and another, I am of Apollos; are ye not carnal? Who then is Paul, and who is Apollos, but ministers by whom ye believed, even as the Lord gave to every man? I have planted, Apollos watered; but God gave the increase. So then neither is he that planteth any thing, neither he that watereth; but God that giveth the increase.” – 1 Corinthians 3:3-7

The early apostles did their best to stop denominations before they started to take root in the church. Paul refocused the attention from himself, Apollos, and others by letting them know that they should be focused on Christ and not the apostles that brought the gospel of Christ to them. Unfortunately, that has gone largely ignore by the church and there are now tons of denominations even though it is in opposition to scripture. 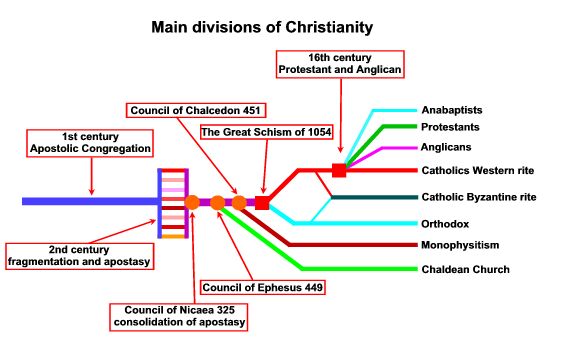 What Happened To Apollos?

The last we hear of Apollos in scripture is a request from Paul to Titus to bring Apollos with him to see Paul (Titus 3:13). Unfortunately, we aren’t told if that ever happens or what happened to Apollos and his ministry after that.

Outside of the Bible, the Italian historian Jerome (translator of the Vulgate) in his commentary on Titus 3:13 suggests that Apollos was discouraged by these denominations and retired until Paul sent his letter to the Corinthians. After the problem was solved, it is believed he returned to the church of Corinth as an elder in the church.

Martin Luther believed that Apollos may have been the true author of the book of Hebrews. This belief is also reflected in a 19th century work called The Pulpit Commentary.

In modern times Apollo is considered to be a saint by several denominations and is celebrated on February 13 along with Aquila and Priscilla.